Patron saint of the obscure 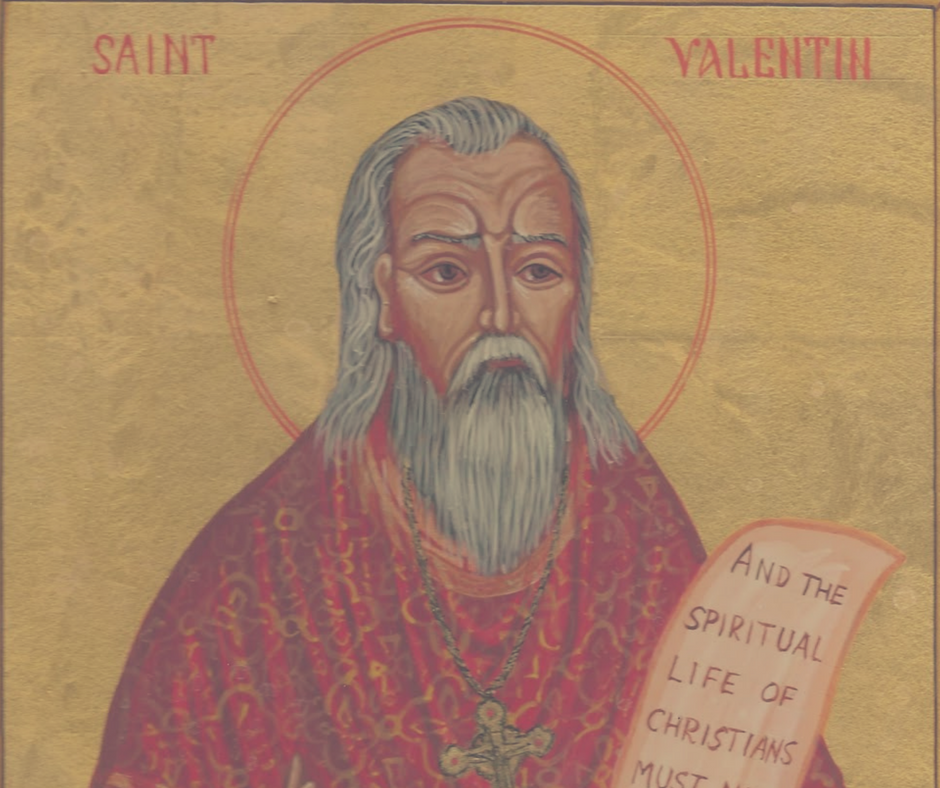 We don’t know much about Valentine.

We know that he was martyred for his Christian faith under the Emperor Claudius II. We know that later Christians held that he was both a priest and doctor—like our Lord, a healer both of bodies and souls.

And we know that Valentine supposedly sought to comfort his jailer’s daughter by jotting an encouraging note for her, with some stories adding that it was on “an irregularly-shaped piece of paper.” (Let the reader understand.)

But despite all that we don’t know about Valentine, he is now arguably one of the most well-known saints in all of Christendom—right up there with Patrick and Nicholas. And this, suggests William Weedon (Director of Worship for the LCMS), teaches a valuable lesson: “God remembers what people forget.”

Baptized into Christ, marked with the holy cross as the Lord’s own, fed with the body and blood of the Savior, Valentine lived and served, loved and died a witness to the invincible love of God in Christ Jesus. God remembers His saints across the ages, even the multitude of His own who never end up with a commemoration in the Church’s calendar. Not one is forgotten.¹

Valentine is like the “patron saint” of the obscure.

Weedon goes on to quote from the 5th century Christian leader Gelasius, who wrote that Valentine is among those “whose names are justly reverenced among men, but whose acts are known only to God.”

I find this greatly comforting. Nothing is lost on God. No toiling in obscurity, no anonymous gift, no unheralded kindness escapes the notice of “your Father who sees in secret” (Matthew 6.4).

St. Valentine, patron saint of the obscure, reminds us that the smallest kindnesses—even a “cup of cold water for one of these little ones”—are heroic acts in God’s kingdom. And who knows? Perhaps hundreds of years from now people will be giving candy and bouquets in your remembrance as well.

Okay, maybe we can do without the candy.